M.D. Manufacturing, Inc. has announced the results of a nationwide survey that suggests central vacuum systems may be lightening the housework burden many women traditionally experience by encouraging men and children to share more of the chore of cleaning their homes.

Simply stated, the study, which was conducted among hundreds of central vacuum owners, reveals that central vacuums encourage men to vacuum more often. The study also indicates that children are likelier to help vacuum if the home is equipped with a central vacuum. The findings show that among users of MD's central vacuum systems:

Suggested reasons for these results may be that central vacuums are more powerful, efficient and versatile than floor models. These higher-tech machines appeal more to men, and may help them perceive the vacuums as they would a power tool. Even in an age of increasing equality between the sexes, most women would be delighted to learn that the purchase of a central vacuum could get their significant other doing some vacuuming.

Additional survey results show that 100% of all respondents agreed that the central vacuum was a wise investment. 99% agreed that their home is now cleaner and 87% stated that they vacuum more often because they want to. The top rated features were ease-of-use, deeper cleaning power, versatility, and they were just plain tired of portable vacuums.

M.D. Manufacturing's central vacuum systems deliver up to five times the cleaning power of most portable vacuum cleaners, run more quietly, take less time to use, and are more convenient since they use a lightweight hose and power nozzle that connects to inlets throughout the home. They are also more versatile and able to vacuum any surface at any time with absolute ease, thanks to dozens of attachments for carpeting, wood and tile floors, draperies, furniture, crevices, corners, staircases, ceiling fans, mini-blinds, pets, cars, and the like. They also can be installed in existing homes without breaking open any walls or doing any plastering. No wonder the satisfaction ratings were so high! 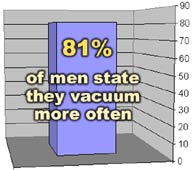 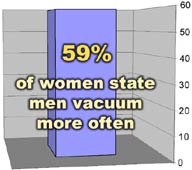 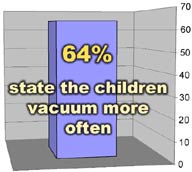 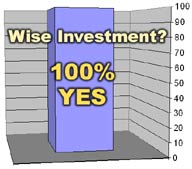 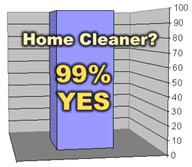 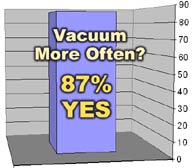 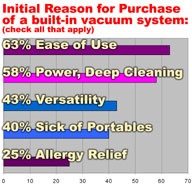 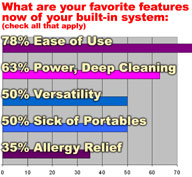