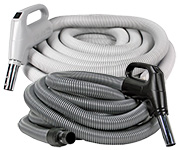 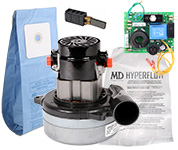 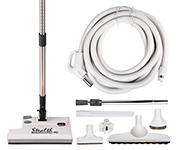 Kits
A new central vacuum kit is the perfect option for upgrading an older system. ❯ 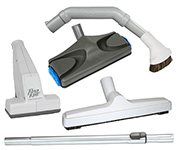 Accessories
Find the right vacuum tool for every surface of your home. ❯ 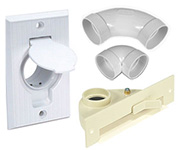 Inlets & Installation
Inlets and other replacement parts for your system. ❯

Using your Beam vac is proven to increase indoor air quality and reduce allergies! It's a smart investment.
How to Maintain Your Beam. 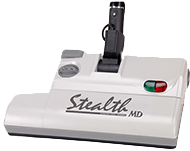 Beam Central Vacuum was founded in 1957 by Robert Sampson in Webster City, Iowa out of what was once a washing machine manufacturing company. The product in the early years was also sold under the name Manorvac. In 1987, Beam Central Vacuum was purchased by AB Electrolux of Sweden and in 2007 BEAM Industries became BEAM by Electrolux Central Vacuum Systems. In 2010, Beam moved its manufacturing operation to Juarez, Mexico and soon thereafter moved its office headquarters to Charlotte, NC. In 2018, Beam Vacuum was sold to Canadian central vacuum manufacturer Nuera Air.

Beam has done a tremendous job of central vacuum awareness and has popularized the concept in Canada and a number of other countries. Partnering with UC Davis, Beam Central Vacuum produced a very helpful study proving central vacuums reduce common symptoms of allergy sufferers.

A Note About Compatibility

Beam has historically utilized components that are compatible with the rest of the industry, including their pipe and fittings, inlets, motors, circuit boards, hoses, attachments, and power brushes except with everything starting with their Alliance and Q-Series hoses and kits.

Most Beam units have clamps that lower a bottom bucket to empty the system. Their instruction manual is very clear that you should shake out the hanging filter every time you empty the system. For allergy suffers that need to clean the filter, we recommend wearing a mask and using a plastic bag wrapped around the bottom of the can to keep dust to a minimum.

Love this machine. Whisper quiet and powerful. The attachments are all you could want.

We Have Parts & Help for All Beam Central Vacuum Models

Why Order from MD?